Nov 2020: It was a double win tonight - we are delighted to have been awarded 'Club of the Year' for the whole club and 'Grass Roots Coach of the Year' for Haed Junior Coach, Mich, at this evenings virtual 'Goalden Globe' awards. 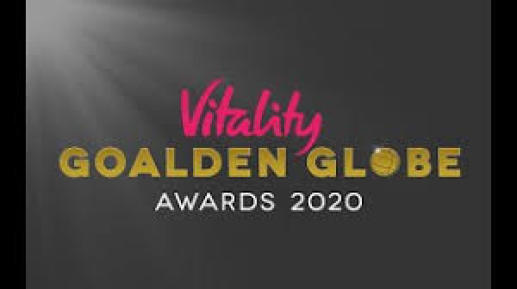 Ravens are celebrating their 10th year by having a 'Ball'...

Feb 20: To celebrate the clubs tenth birthday, members will be coming together for a night of awards at our birthday ball, which is being held on the 10th July. 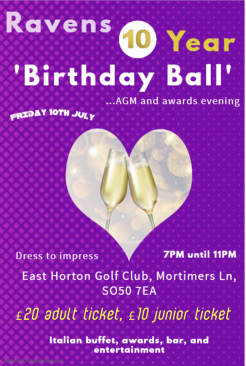 Our junior girls slide into christmas...

Dec 19: Our U12's and above had a blast sliding down the slopes in ringo's for their christmas party this year! It was alot of fun and there were no injuries...phew! 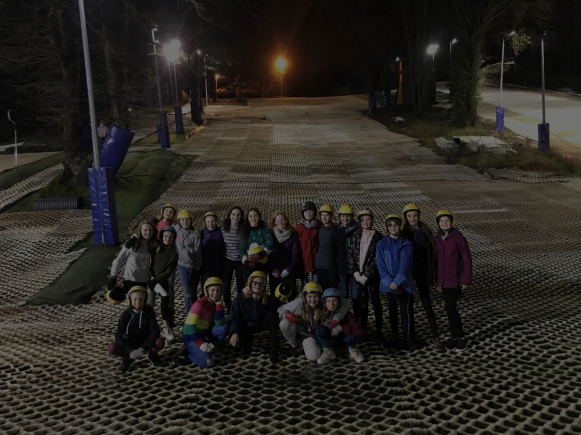 Our junior girls are certainly proving to be "ALL STARS"...

Oct 19: This year, our oldest junior squad have entered into the Southampton senior league and have already started to win matches. We are hugely proud of these 13-15 year olds! We certainly have some future stars in this bunch! 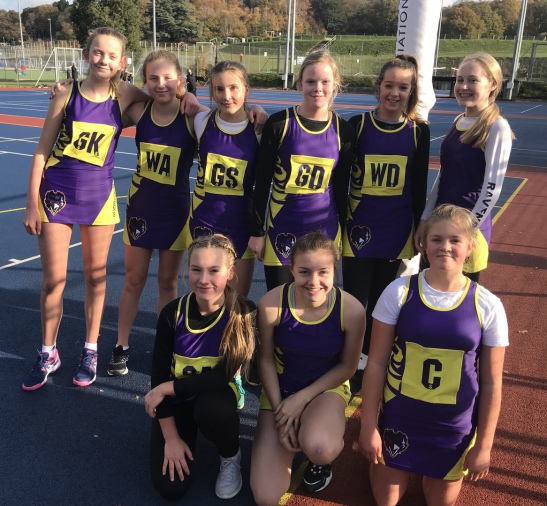 A big thank you to all those who attended our fundraising fun day...

Sep19: Head Junior Coach, Mich,  organised a day filled with fun and netball for all ages! Guests got the chance to win lots of fab prizes along with playing some fun and competitve netball! The club raised a total of £900. Thank you all for your support. 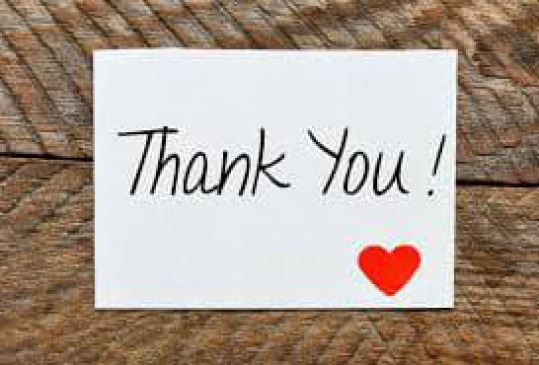 Jul 19: Head Junior coach, Mich  is awarded with winner status fo the Souths 'Grassroots Coach' of the year and jumps straight through to the national awards. 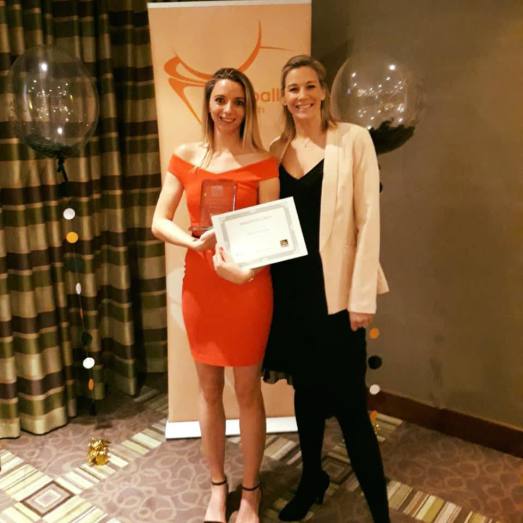 Ravens U11 Wings join Swan and Magic for a mini tournament...

April 19: Ravens Wings took to the court against our neighbours Swan and travelling club, Magic on Saturday. They stepped up their game against two very experienced teams and played some great netball. 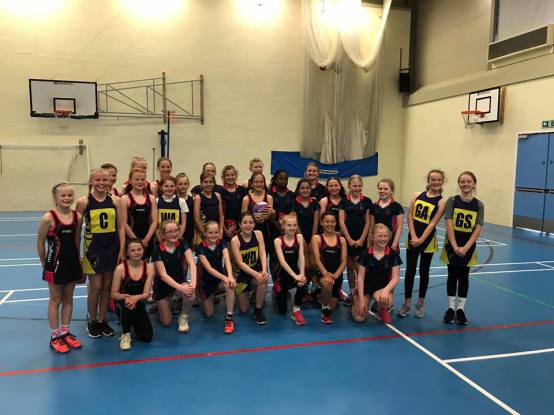 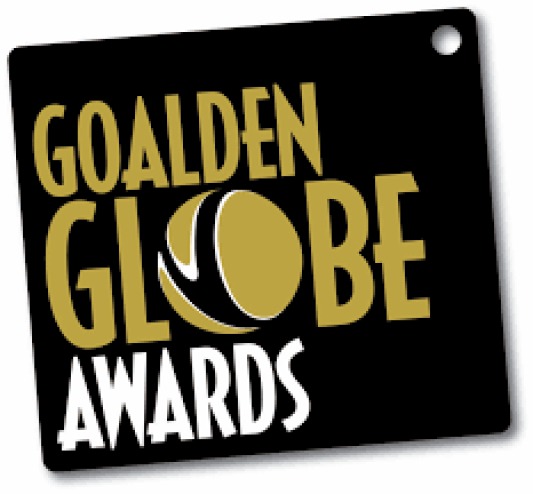 March 19: Raven AllStars (U13), Rockets (U12), Wings and Claw (U11) competed in a round robin tournament at Southampton Sports centre and had some fantastic results. All Stars smashed every match and won their section. Thanks to all the girls for taking part and our umpires, coaches and volunteers for making it possible. 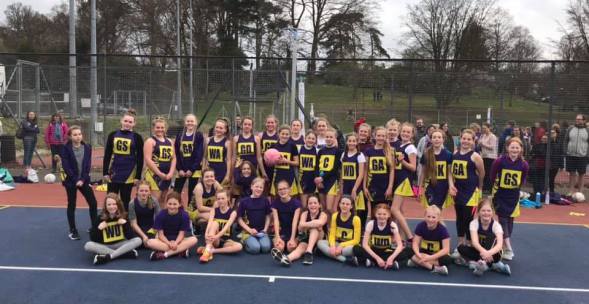 We only went and did it! Ravens wins 'Club of the Year' at Eastleigh Sports awards!

Jan 19: Ravens committee headed to the Hilton at the Ageas Bowl and were crowned winners of the 2018 Sports club of the year award. The club couldn't be prouder! Thank you to all our volunteers, coaches, officials, parents and members.

All Stars are runners up in mini junior tournament!

Jan 19: All our junior teams gave it their all at a recent mini tournament and our U13's came runners up to some very strong competition. A huge well done girls! 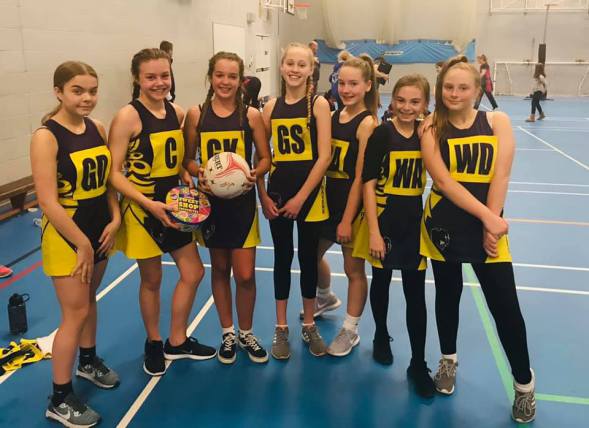 Ravens Netball Club announced as finalists for 'Sports Club of the Year' at this years Eastleigh Sports awards...

Jan 19: We could not be more proud to be shortlisted for this years 'Sports Club of the Year' at the Eastleigh Sports awards. Congrats to the 3 other finalists but fingers crossed for a win for Ravens! 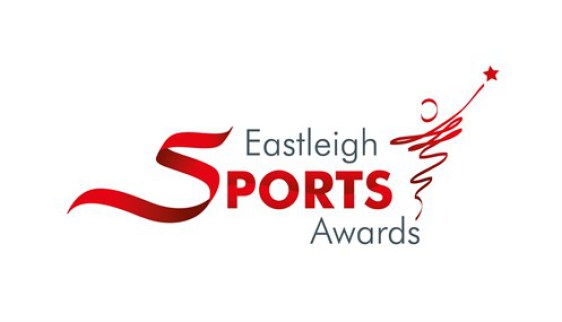 The juniors 'go crackers' for last session of 2018!

Dec 18: I think that you will all agree, our junior girls look fab with all their sparkles, glitter and fancy dress to end the year! 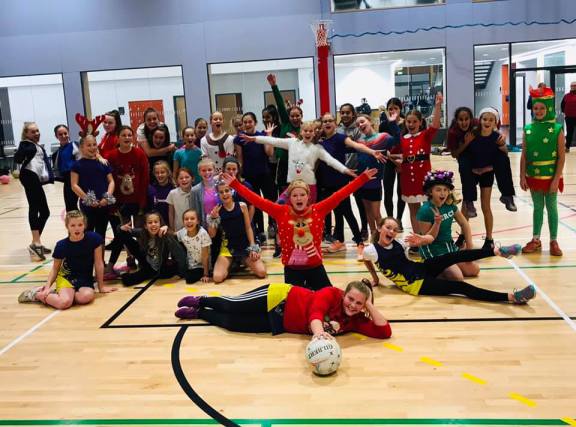 Ravens seniors get together for annual Christmas celebrations... 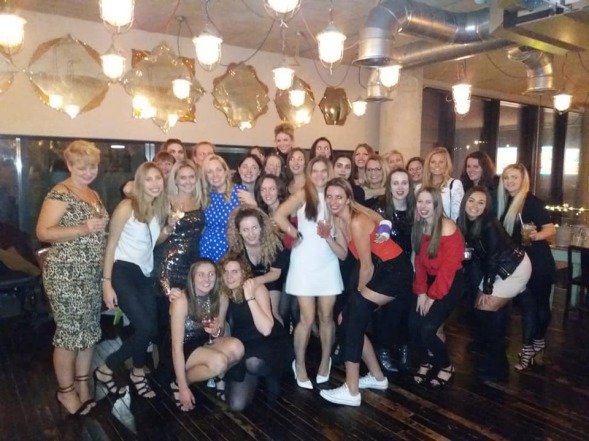 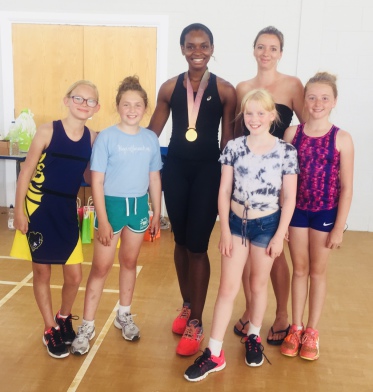 Sep 18: Some of Ravens mini's were lucky enough to meet and be coached by Commonwealth gold medalist, Jodie Gibson. Our junior head coach, Mich, was thrilled to nearly match Jodies height lol.

Ravens juniors hit the water for their summer party...

Aug 18: Our junior girls and coaches were treated to a summer party filled with fun, laughter and ALOT of sliding! Roll on Christmas for our next party! 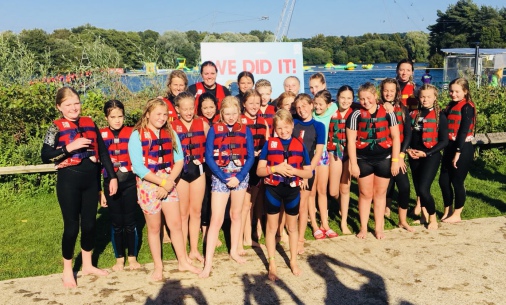 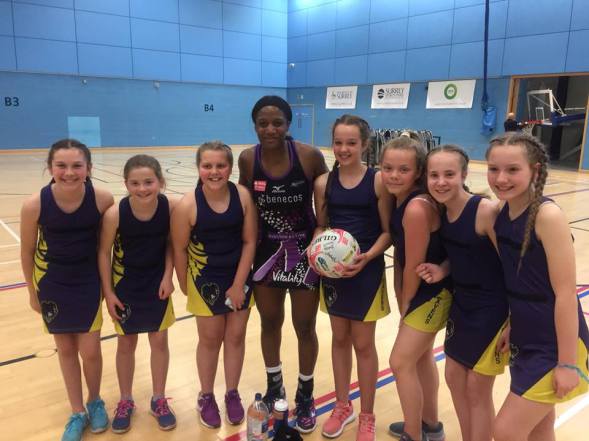 May 2018: Some of our junior girls were extreamely lucky to meet England legend ''Sasha Corbin' whilst being ball girls for super league stars ' Surrey Storm'. The girls had a fantastic afternoon and even recieved a signed ball which will be given out an an award at this years AGM. 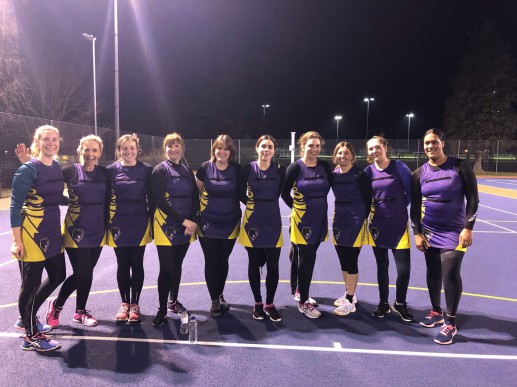 March 2018: Ravens run a back 2 netball session on a Thursday evening at Places for Leisure. Some of it's attendee's decided it was time to form a team and to join the Southampton league. Ravens Thistles were born! The ladies took to the court, led by their team captain Amy, for the first time and enjoyed their game thoroughly. We wish them best of luck for their first season.

Bring on the Storm! Ravens juniors take to the court as Ball Girls for Surrey Storm! 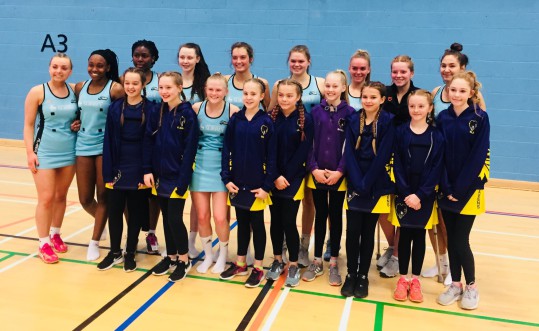 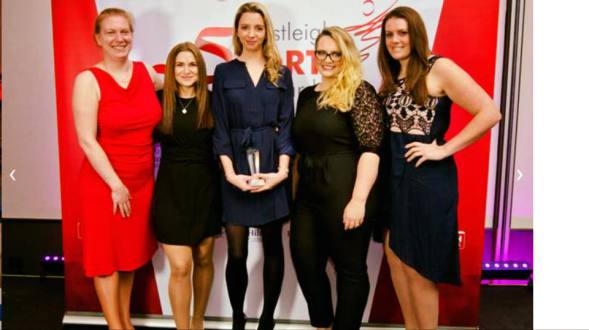 February 2018: Michelle Cross, our junior head coach and media manager picked up the 'volunteer of the year' award at this year's Eastleigh sports awards. A big congratulations!

Ravens up for not 1, not 2 but 3 awards at the Eastleigh Sports awards!... 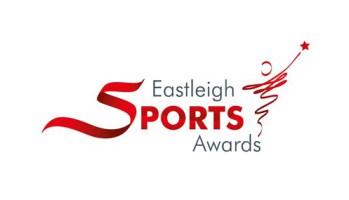 January 18: Ravens are hugely proud to announce that we have been shortlisted for three categories at this years Eastleigh sports awards:

Club of the year

Coach of the year - Carey McCormick

Volunteer of the year - Michelle Cross

The awards take place in February - we all have our fingers crossed. 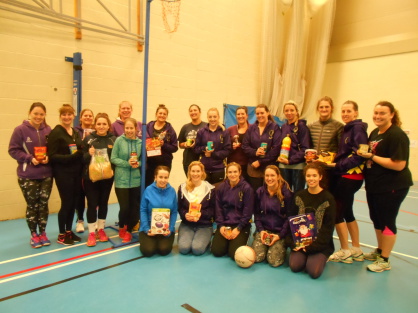 December 17: The members of Raves collected and donated food to help stock up Eastleigh Basics Bank ready for christmas. The Baics Bank is a voluntery, church based organisation who offer help to those in the community who are suffering short- term hardship, and they greatly rely on the generosity of churches, local business's and community groups who provide the gifts to enable them to offer the service.

September 17: ITV News came to film at our very popular B2N session and found out what it was that enticed ladies to come along. The session helps ladies to get back to netball in a fun and friendly way. The participants can come along and meet new friends, have fun, get fit and get back some quality me time. You can watch the video here...

Two Ravens take on Weymouth 70.3 to raise even more for Abby's Heroes... 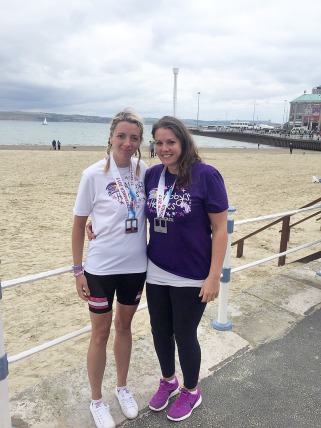 September 17 - Two of our Ravens formed a relay team to take on the Weymouth ‘Half Iron Man’ challenge on Sunday 17th September and raised a further £732.73 for Abby’s Heroes, making the total from the club £962.19.

August 17 - The tournament welcomed mixed teams from all over the county to take part in fun and friendly match play, a shooting knockout and a best dressed team competition.

It wasn’t just netball that was on offer, members of the club prepared a raffle with some very appealing prizes up for grabs, along with a rather extravagant cake sale.

The money raised on the day totalled £229.46 and was awarded to Abby’s Heroes, a local charity who support a specialised ward at Southampton general. 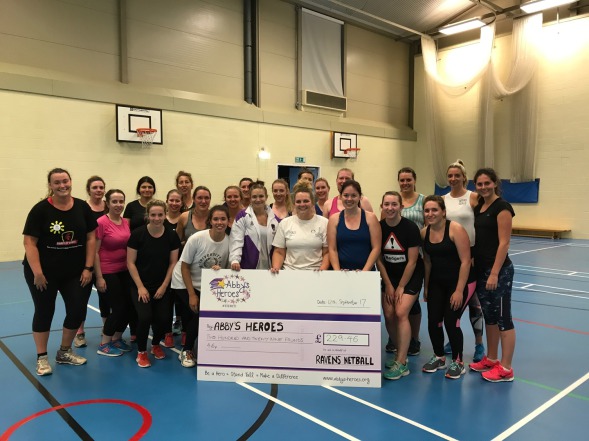 Ravens win Divison in the Freddie Cook league and will be promoted to Div 1!

July 2017 - Ravens top squad were undefeated in the Freddie Cook league winning all 12 of their matches. Next summer season, they will be moving up to Divison 1. A fab result! 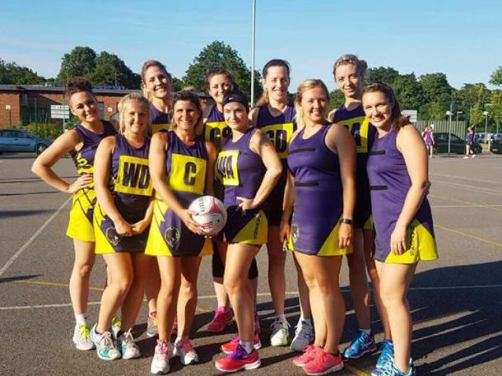 Get your skates on!

July 2017 - Our junior girls got treated to a roller disco party as a 'well done' for all of their hard work over the past few months. All the girls have put in 100 per cent into their training and commitment towards matches so a huge well done girls!!! 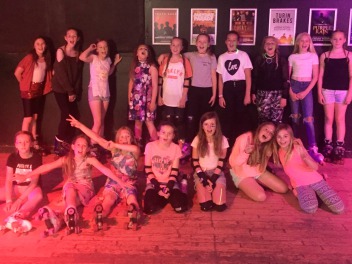 April 2017 - Ravens are delighted to now be a silver CAPS club. This pretigious accreditation is only given to clubs who can demonstrate that they are offering a good quality netball provision within their community. The club would like to thank their members, parents, volunteers, comittee members and everybody else involved in the club. 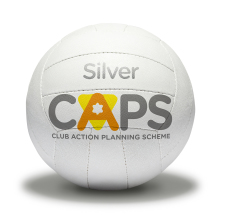 March 2017 - The club are thrilled to announce that our fabulous C award umpire Sarah Haswell picked up the 'Official of the year' award at Hampshire's netball awards. Congratulations to Sarah, a very well deserved achievment. 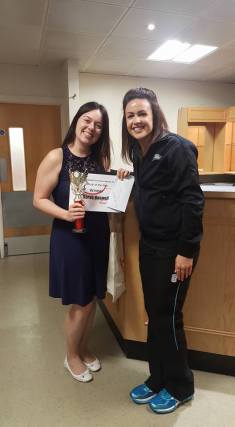 March 2017 - Ravens Crests win team of the year at Hampshires netball awards. The club are absolutely thrilled that Crests have been chosen for this prestiguos award and we thank everybody involved. 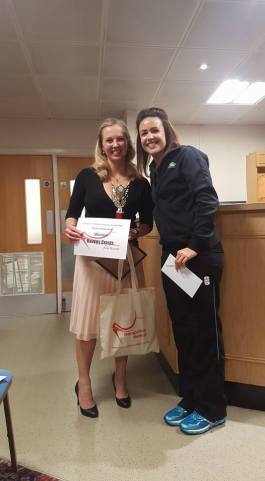 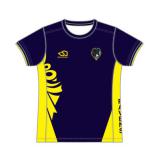